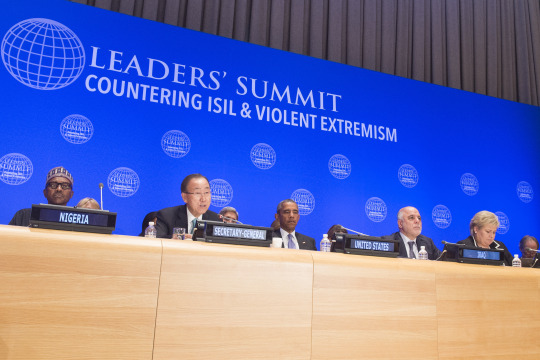 In recent years, threats to national security have increased both online and off. As such, countering violent extremism (CVE) has become a major policy agenda both domestically and abroad. In the U.S., President Obama convened an international CVE summit in 2015 to discuss steps to counter hateful extremist ideologies, and in January 2016, the United Nations (UN) Secretary General announced a Plan of Action to Prevent Violent Extremism. The Plan calls on UN member countries to develop their own national strategies to combat terrorism and take steps to address the underlying conditions that drive individuals to join violent extremist groups. Countries all around the world are taking concrete steps to strengthen their national defense, in attempt to address the root causes of violent extremism.

Throughout this process, the issue of of radicalization and recruitment through the internet has been front and center. Recently, the European Commission and tech companies, including Microsoft, Facebook, Twitter, and YouTube, announced a code of conduct aimed to combat illegal hate speech online. This code of conduct represents a strong relationship between the EU and these companies with the goal of defeating the pervasiveness of hate speech and radicalization online. Nevertheless, even in pursuit of these commitments the potential for human rights abuses is still present.

While governments have a legitimate interest in combatting terrorism, there is increasing concern about the impact the CVE agenda is having on human rights online. The potential for harm to marginalized communities must be considered when governments take action to combat such threats. Governments have called for internet platforms to remove accounts and content that promote or support extremism, expanded surveillance and profiling online, and called for restrictions on encryption under the banner of CVE. These policies can have a detrimental impact on freedom of expression, assembly, religion, and association. Marginalized and at-risk communities, journalists, and activists are at particular risk.

Whether or not we can strike a critical balance between human rights and national security interests is a key issue in this debate. Join us at the 2016 IGF-USA on July 14 for a critical look at measures to tackle violent extremism online and their impacts on human rights.